When 114 red pine trees were razed within the Red Lake Wildlife Management District last year to create a new habitat, Minnesota lumber industry officials denounced the felling as “destruction” and a “slap in the face.”

“When viable timber crops are prevented, loggers don’t work,” an official with the Minnesota Forest Industries and Minnesota Timber Producers Association wrote to the Commissioner’s Office of the Department of Natural Resources (DNR).

Trade groups have also questioned whether Gretchen Mehmill, a longtime biologist managing the wildlife area, should keep her job.

Mihmel admitted that her decision on red pine may have been mistimed due to the seasonal insect threat. But she has appealed to DNR chiefs to stand up to the forest products industry, the state’s fifth-largest manufacturing sector. But they didn’t. Selling pressure, DNR executives sold the habitat trees as “saviors” and lumberjacks hauled them away to grind with a chainsaw.

“Forests are taking over everything else right now,” said Martha Minczak, DNR’s director of wildlife who recently retired. “Wildlife management is being sacrificed for the sake of the timber harvest”.

Mehmel and Minchak are among wildlife managers, conservation leaders and hunters who say Minnesota’s forest habitat goals intended to benefit creatures ranging from moose to bobcat, timber to spruce, are being pushed aside to meet timber business interests.

The shift to intensive logging on state land began in 2018 with the Sustainable Wood Harvesting Initiative, a public-private agreement between the General Directorate of Forests and the forest products industry in which the state agreed to increase and stabilize timber availability at the request of timber producers. Selling timber on state land is part of the mission of the DNR Forestry Department. But the push for more wood sparked infighting between DNR’s wildlife field staff and agency executives tasked with managing the logging scheme.

In the middle of the 10-year program, DNR delivers 870,000 wires per year of marketable lumber, up from 800,000 ropes. Access to raw materials supports more than 63,000 jobs in Minnesota — mostly in rural areas — in logging, trucking, milling and manufacturing.

Critics of the massive logging plan say it is taking control of the ax away from local wildlife managers in 23% of Minnesota’s state-owned forest acres and managed by the DNR Forest, Fish and Wildlife Departments.

And critics say particularly at risk are the hundreds of public hunting grounds and wildlife viewing properties known as Wildlife Management Areas, or WMAs. By law, these must be managed “for wildlife production, general hunting, fishing and traps” and other recreational activities such as foraging and photography. Registration is permitted, but only as a tool for shaping the wildlife habitats desired by wildlife managers, hunters, and other WMA users.

Steve Thorne, a former DNR deputy commissioner, said the agency has turned that principle on its head by requiring it to produce a predetermined volume of timber on WMAs regardless of its impact on wildlife.

“It’s a battle right now on the trees at the WMAs,” said Muhl, who retired this spring.

Mehmel, Edwards and Minchak were among 28 DNR wildlife employees who publicly challenged Commissioner Sarah Strommen in 2019 to change the new timber plan. Their memo was widely circulated Strommen said it was scientifically dishonest to say the plan was good for wildlife.

However, there was no downtime in the new scoring system. Strommen said this week that the DNR is in the midst of a five-year review of the plan. “We can make changes and we will make changes if necessary,” she said.

Acceptance of the massive logging scheme is “not as agile as possible,” said Dave Olfelt, director of DNR’s Department of Fish and Wildlife. He understands that some members of his field team view the new system as inflexible and want more support from it when they say that wildlife habitats are being sacrificed for the sake of the ropes’ goals.

Previously, he said, field managers could postpone cutting some timber pallets. Under the new plan, if managers reject a specific computer-guided holder for pieces, they must offer a replacement of the same size and type. The system, he said, prompts managers to look seriously at their landscape.

Rejecting criticism that the industry is driving the bus, Olfelt said, “It’s not like that [only] About ropes and flaps. We have forever confirmed that it is for wildlife purposes. You can’t say no all the time.”

John Dremel, DNR Forestry’s lumber sales supervisor, said the state is constantly hitting its new target without exceeding. He said the scale of the increase and the length of the agreement indicate a stable supply to the industry.

All types of land, including WMAs, are absorbing the increase proportionately, Dremel said, adding that WMAs are given special harvest considerations — such as leaving more trees standing than usual. The state’s forests, which are controlled by DNR Forestry, make up the largest harvest concentration, he said.

“The goal is to stimulate the market,” Dremel said. “It looks like we’ve fulfilled the intention.”

However, the US Fish and Wildlife Service, a federal agency, last year banned DNR from touching trees on 86,000 acres of wildlife land in the Up North region. The so-called Land Use Program (LUP) acre – established by President Franklin D. Roosevelt in 1942 – is in the Sustainable Timber Harvest Basin as part of the Red Lake WMA.

Although the LUP lands are governed by Wildlife First Principles, Mihill said the DNR chiefs pressured her to offer sales of LUP timber for purely economic reasons. She said, following orders, the trees were offered for possible sale. The US Fish and Wildlife Service responded with its moratorium.

Managing forests for diverse wildlife requires flexible methods of harvesting timber to preserve a mix of old and young trees of various types, punctuated by gaps and ledges. Here are five of the jungle animals and the habitats they fit in.
Source: DNR Forest Habitat Supervisor Ted Dick 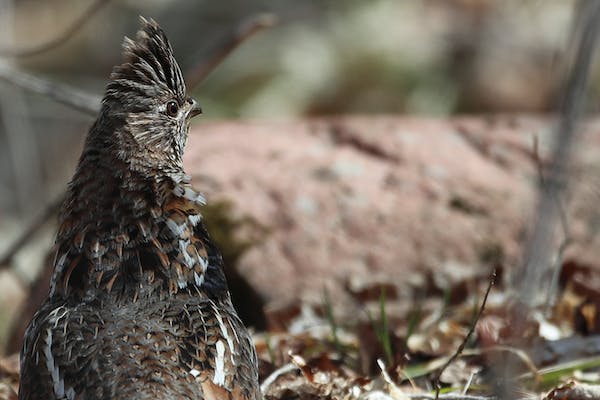 Aspen in small clumps with small stands for brooding next to an old woodland with buds for food, horizontal logs for drums and enough cover for nesting. 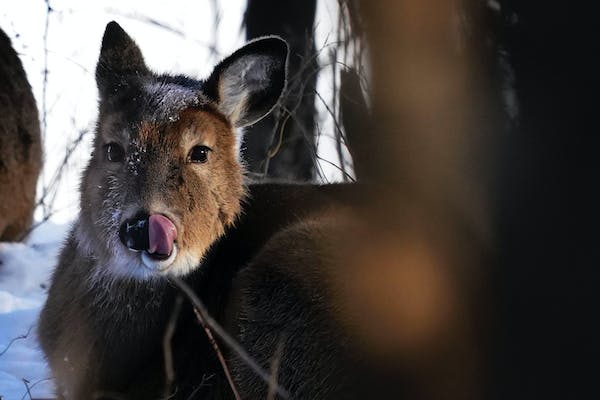 Mixed stands include ancient aspen along with conifers that capture snow and provide mobility against predators. Nearby, deer need smaller woodland holes to browse. 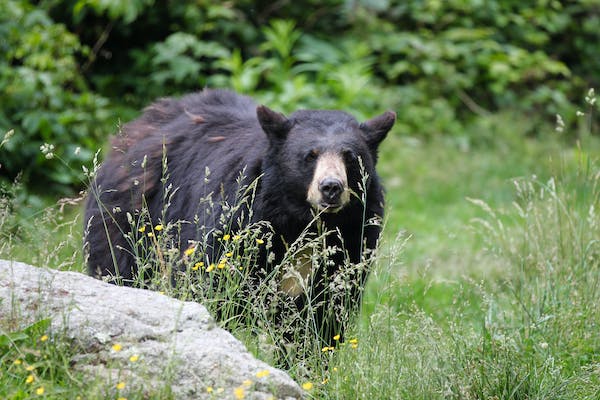 Messy old forests with woody logs and spurs for burrowing and ledges or holes containing fruit and berries. 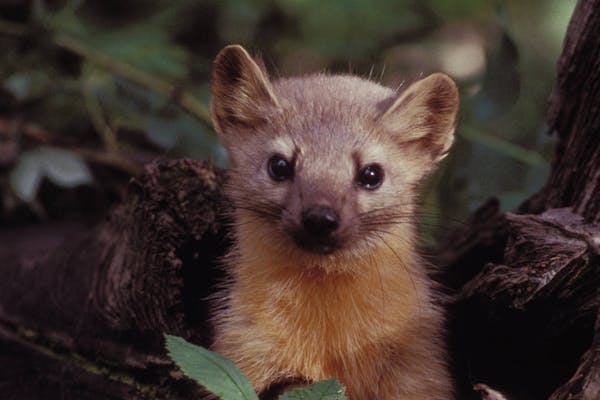 A large group of old forests, including conifers, with deciduous trees and trunks large enough to provide cavities for housing and food storage. In his homeland, martens share similarities with hunter-gatherers, another small farmer. 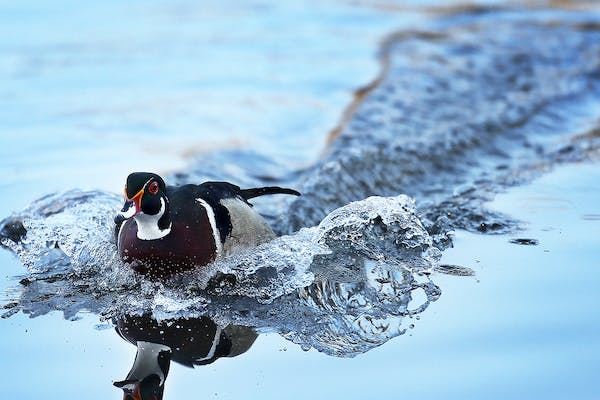 Like poultry and hunters, woodland ducks are hollow nests. It requires older trees with a large circumference, located near the water.

James Graham, land manager for the US Fish and Wildlife Service, told the Star Tribune that a moratorium on LUP timber sales would not be lifted “until the benefits of wildlife can be clearly demonstrated.”

U.S. Fish and Wildlife Service officials have also placed unprecedented conditions on DNR timber sales on WMAs. Wildlife areas are partially purchased with millions of dollars in excise revenue on hunting and fishing gear, and restrictions on this money require that logging and other management in areas be done primarily for the benefit of wildlife and users, not forests.

“that they [the DNR] They are stalling and should be asked to resolve the situation without further delay,” wrote the late Neta Fuller, a Midwest representative for the coalition.

Another monitoring group, the WMA Stewardship Network, is made up largely of DNR forestry retirees and wildlife managers. Former DNR Forester Craig Stirl, former president of the Isaac Walton League of Minnesota, and Thorne, former DNR Deputy Commissioner, belong to the group. They say the DNR’s intensive logging program is abandoning the agency’s previous commitment to preserving ancient timber for the benefit of wildlife.

At Red Lake WMA, with 127,000 acres of forest, Mehmel expects that an intensive logging program will significantly reduce mature or old stands of aspen, balsam, and white fir. By 2028, she said, older wings of this type will drop to 11% from 20% in 2017.

For aspen in particular, the computer model targets cutting when the trees are 40 years old – the basic “economic” turning age. And while the program allows Aspen to reach age 60 on the WMAs, that still isn’t enough in slow-growing boreal forests, say critics, to benefit cavity-nesters such as woodland ducks, fish and hunting.

“With the area of ​​old forests decreasing and young forests increasing in size…the amount of cutting should be reduced,” said Mehmel. Timber stakes reveal the work of the past forty years or more.

Minchak and retired DNR forester Jim Kelley recently toured DNR-controlled woods with Star Tribune photographer. In the Cloquet Valley State Forest north of Duluth, they admire pre-taped sites of red pine and white pine that have been carefully thinned in decades past to leave majestic canopy trees. These features are doomed to harvest according to a computer model, Minchak said.

Tom Roach, another recently retired wildlife director at DNR, sees rope requirements as replacing good wildlife planning. The industry’s desire to cut down trees extensively in economically beneficial rotation lifetimes is a sound business, he said, not good for the wildlife.

Northern deer hunters are living with the results, he said. When DNR experts incorrectly estimated that the annual statewide deer harvest could be as high as 200,000 whitetails, they expected a larger piece of the pie to come from the Up North. But Roche said that intensive logging under the Sustainable Wood Harvesting initiative is reducing the number of old timber stands — poplar and conifers together — that previously provided good winter cover for deer.

Small aspen forests are good for deer and grouse, but both species need a mix of small and large forests in close proximity, including forage holes and thick snow-caught conifers, Roche says.

“You can’t keep cutting,” he said. “There is a balance and we are beyond that.”

DNR Wildlife Researcher Glenn DelGudis has been highlighting the importance of mixed forest habitats for reducing winter deer mortality in the North. His results were derived from precise GPS tracking collars and one of his study areas is Elephant Lake, a historically large winter area in northern Minnesota where the white-tailed population has declined as old timber rigs have been sold by DNR for harvesting.

DelGiudice said his research will eventually allow DNR wildlife managers to more accurately identify forest habitats that benefit deer populations. He said those managers would no longer struggle at the negotiating table with the foresters when they described “that’s what deer use.”

Olfelt, DNR’s Director of Fish and Wildlife, acknowledged that his department, as a whole, lacked clear wildlife management goals and objectives. The shortages, in some cases, date back decades, he said, and have created a imbalance against the DNR Forestry’s very specific ropes goals of 10 years.

“If we don’t have clear plans for wildlife,” he said, “the Fish and Wildlife Service would definitely say, ‘All we see is ropes and planks.'”

John Stegerwaldt, director of forestry conservation for the Ruffed Grouse Association, said the polarizing status quo for the new timber harvest plan needs to change. For wildlife, as well as conservationists and other forest users – including the wood products industry – more conversations are needed to promote active management that leads to the continued availability of young, middle-aged and older pine and poplar stalls. and oaks and other trees.

We should all say, ‘How do we do it better,’ said Stegerwaldt.