A new class action lawsuit has been filed against Apple Inc. by Joaquin Serrano of Philadelphia, Pennsylvania, to seek compensation for Apple’s systematic violations of state wiretapping, privacy, and consumer fraud laws.

According to the official court filing, Serrano’s attorneys claim that “this case concerns a flagrant violation of consumer privacy. Quite simply, Apple unlawfully records and uses consumers’ personal information and their activities on its mobile devices and apps (“Apps”), even after consumers expressly indicate it through Settings Apple’s mobile device indicates that they do not want their data and information shared.This activity amounts to a massive wealth of data that Apple collects and uses for its financial gain.

Consumers care about the privacy of their data and demand more control over their data. Consumers are also becoming increasingly concerned that their private information is being used without their knowledge or permission.

With privacy concerns growing, Apple has sought to position itself as a leader by promoting how its mobile devices allow users to control the information they share. For example, the Apple Privacy Policy states:

“At Apple, we respect your ability to know, access, correct, transfer, restrict processing, and delete your personal data.” (emphasis added).

“The App Store is designed to be a safe and trusted place for users to discover apps created by talented developers around the world. Apps on the App Store are held to high standards for privacy, security, and content because nothing is more important than maintaining the trust of users.” (emphasis added).

Apple provides specific instructions for users to explain how to control the data that Apple collects. Apple requires users to turn off “Allow apps to request to track” if they wish.

In addition, Apple makes an explicit promise in the settings of its mobile devices: Apple stated that it “will disable [the sharing of] device analytics altogether” if the consumer toggles or turns off “Share iPhone Analytics” on the iPhone or similar settings on other Apple mobile devices, such as the iPad.

However, Apple does not honor users’ requests to restrict data sharing.

Recent testing by independent app developers at software company Mysk revealed that even when consumers change their “privacy settings” and take Apple’s instructions to protect their privacy, Apple still records, tracks, collects, and monetizes consumer analytics data, including browsing history and activity information. These experts and their testing further show that Apple continues to access consumers’ app usage, app browsing connections, and personal information in its proprietary apps, including the App Store, Apple Music, Apple TV, Books, and Stocks, even when consumers are certain they don’t. Turn off Allow apps to request to track and/or share [Device] Analytics” on their privacy controls.

Gizmodo published the story on the issue on November 8, 2022. This issue has been reported on several news outlets since Gizmodo’s report, including The Verge, Engadget, and Fox News. As of the date of this recording, Apple still has not responded to or publicly refuted the reports.

Apple’s practices deceive consumers and the collection of data of users who specifically followed Apple’s instructions to prevent its data from being shared constitutes unlawful interception of communication and violates, among other things, Pennsylvania wiretapping laws.

The plaintiff is an individual whose use of the mobile applications has been tracked by Apple after they choose to definitively turn off “Allow apps to request to track” and/or “Share [Device] Analytics”.

Apple, through its tracking and storage of data, collected and monetized consumer information without the plaintiff and the consent of consumers in similar situations.

Plaintiff seeks damages and equitable compensation on behalf of itself and all other users of Apple Devices similarly located in Pennsylvania (“Class”), arising from Apple’s knowledge of, unauthorized copying, taking, use, and tracking of Consumer communications and activities, scientifically infringing and unauthorized for consumer privacy.

Below is one of the images shown in the collective action regarding the Apple Privacy Declaration. 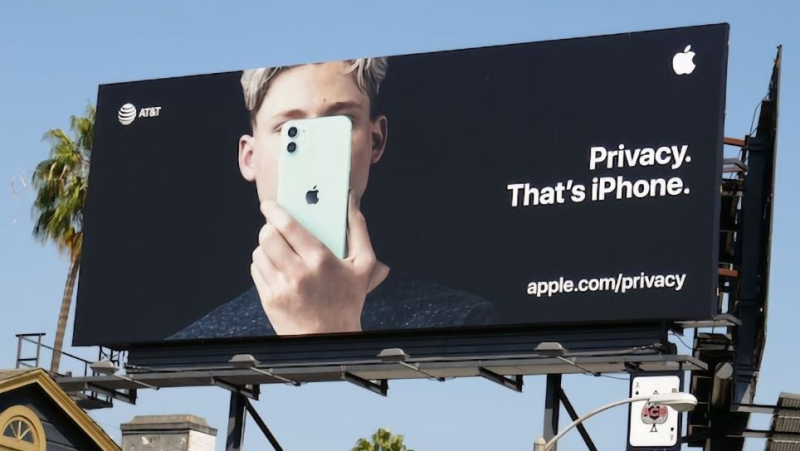 For more details on this case, see the full class action filing displayed below, courtesy of Patently Apple.